e-Waste – Everything You Need To Know 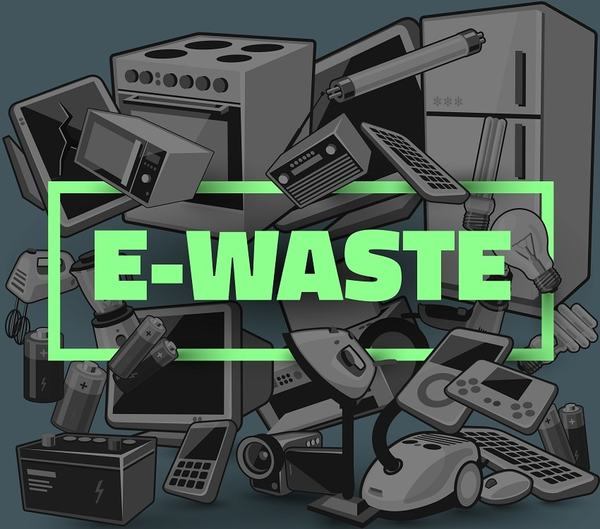 E-waste disposal is a big concern for society and the health of people worldwide. Proper awareness of the topic is a must. Today we are going to discuss the topic of e-waste in detail. So let’s get started.

e-Waste is the short term used for electronic waste and is used to describe electronic appliances that are no longer fit to use and are old or discarded. Gadgets like old computers, discarded mobile phones, and laptops are some appliances that are a part of this list. Basically, the electronic devices that have been discarded by the user and are waste are considered e-waste. Gadgets that have been completely rejected by the manufacturing company, refurbishing company and cannot be repaired further are also considered as e-waste.

Why is there a need to manage e-Waste?

Although management of every kind of waste is a point of concern for society as far as the management of e-waste is considered the following are the reason:-

According to various surveys that have been carried out it has been noticed that e-Waste is the fastest kind of growing waste stream in the world, which is alarming news! In 2018, an estimate of 50 million tonnes of e-Waste was reported which is why the UN called it the ‘Tsunami of e-Waste’. The fast pace of changing technology and falling prices have become a prime reason behind the alarming growth of e-Waste in the world.

One of the most effective ways to manage e-waste is Recycling. If carried out in a supervised manner then it can also prevent the leakage of toxic substances coming out from the e-Waste. However it is a known fact that there is not much awareness regarding the generation of the e-Waste or about the need to recycle it hence, it requires the participation of the local authorities. According to surveys, it has been noticed that less than 20% of the e-Waste is formally recycled whereas the other 80% end up in landfills or are subject to informal recycling. One of the toughest gadgets to recycle is the printed circuit boards as they contain precious metals like Gold, Silver, Platinum, and others. One of the ways to recycle them is by melting the circuit board. In this process, the cable sheathings are burned in order to recover copper wire and also using open-pit acid leaching so that the precious metals can be separated from the waste material.

There are numerous methods that are adopted to dispose of electronic waste some of which include burial, burning, or dissolution and recovery of metals. Although these processes may seem very convenient to you they require proper containment in order to prevent further pollution of the air, groundwater, or soil with the presence of heavy metals that are present in the electronic waste like lead or cadmium, or other toxic combustion products.

Although there are plenty of methods that you know and must have read in order to curb the environmental hazards that arise due to recycling of the electronic waste, one of the major factors that make the situation even worse is the diminishing life of many electronic gadgets. One of the reasons behind this problem is the demands of the customers for low-cost products hence resulting in short product lifetimes. The Second major reason contributing to this major issue is the manufacturers in some sectors keep introducing new updates and also enforce limited availability of spare parts, service annuals and in this, the software updates also play a vital role. This gradually noticed dissatisfaction among the customers has encouraged the pacer of the repair movement.

It is no rocket science that repair methods are the best and the easiest method to decrease as well as manage the generation of e-waste. e-Waste disposal has become a concern for countries worldwide thus a proper awareness of the topic is much required and this blog is a little initiative to the same.