All You Need To Know About Disney Plus Launches in Singapore

It is good news for all the Disney lovers because the news of Disney Plus Launch in Singapore is out now! It was on 11th of December, that Disney is going to start it’s streaming services as Disney+ from 23rd of February, 2021. This means the viewer will have hassle free access to over 500 movies and about 15000 episodes of Disney’s vast content library. The services will be available at $11.98 per month and if you do not want to pay monthly then you can pay about $119.98 annually. The Disney+ will give you access to the vast content library of brands like Disney, Pixar, Marvel Studios, Star Wars, National Geographic are some of the best mentions. There is no doubt that Disney plus launch in Singapore is going to be something really big. The above subscription will also include the subscription of Star which is an internationally acclaimed answer of Disney to Hulu.

Earlier streaming services that are available in Singapore are Amazon prime video, Viu free and premium, HOOQ, MeWATCH and HBO go and now with Disney plus launch in Singapore, viewers are sure to get a visual treat and an increased access to the OTT platforms. 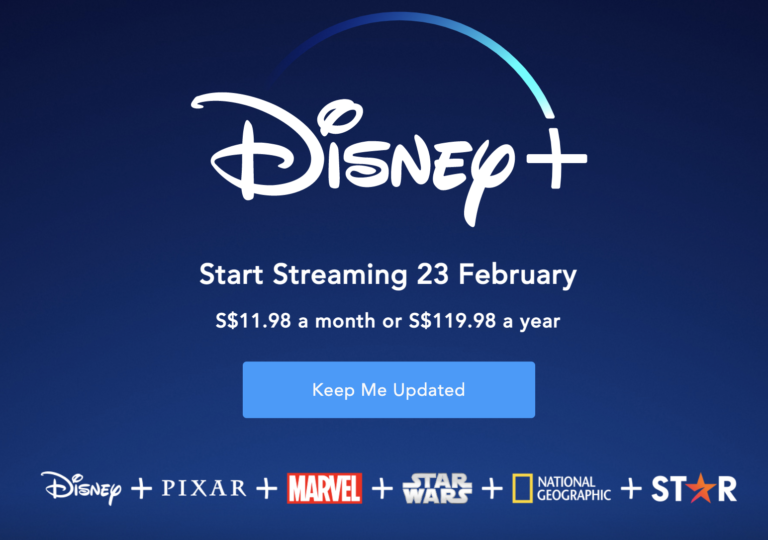 Disney is no more about cartoons and fairy tales

Disney is no more about cartoons and fairy tales; it is much more and much wider than what it earlier was. Whether in terms of children related contents or the adult related content Disney Plus Launch in Singapore will prove to be a great option for the viewers, obviously those who are fan of fairy tales and cartoons. Disney has a lot for them like Cinderella animated as well as movies like Beauty and the Beast, Frozen and Frozen 2 and all the old memories in the form of cartoons as well as movies. Along with these Disney plus launches in Singapore means that the viewers will have access to movies like that pool Logan and TV series like “How I met your Mother”, “Family guy”, “Atlanta” etc.

Let’s get into the nerves of what will you get if you choose a Disney plus subscription.

Some other things worth noting about the Disney plus launch in Singapore is that parents can control what their children see and what should be refrained from their viewing on Disney plus platform. They can always apply the parental controls and decide what and what not their children should see. Have you been a fan of “High School Musical”? Well even then we give you another reason to rejoice because this is available if you subscribe to Disney plus programs like “The Simpsons” is also available in your subscription of Disney plus then you can always visit their official website disneyplus.com and get all the details that you wish to know about Disney Plus Launch in Singapore.