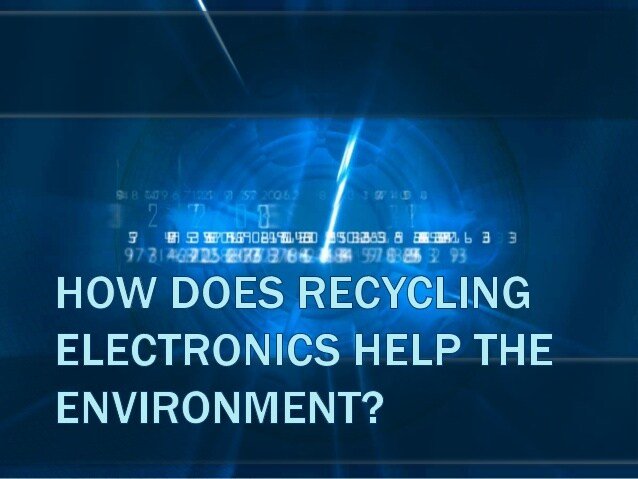 If you are still wondering How Does Recycling Electronics Help the Environment? Then you must understand that the equation is simple as the generation of it causes harm to the environment so the reduction of it will prove to be extremely beneficial for it. Another study that was released in National E-Waste Conference and Exhibition that was held in Nairobi showed the findings of 300 schoolchildren near Dandora in which it told that half the children had tested positive for respiratory problems, and another 30 per cent had blood abnormalities which were caused by heavy-metal poisoning from electronics.

Among this huge quantity of e-waste, only 15-20 per cent of all e-waste is recycled. According to the studies carried out by the Environmental Protection Agency (EPA), every day a rough estimate of 416,000 cell phones and 142,000 computers is tossed off either by recycling or disposing of them in landfills and incinerators.